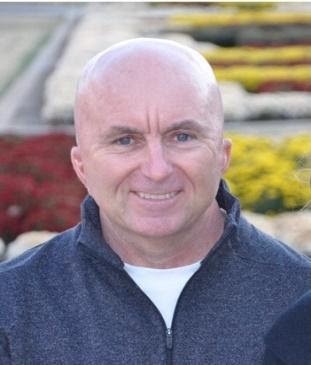 John was born with an unusual congenital condition that caused limitations on performing normal child/young adult activities. It wasn’t until he was 27 years old when he started finding sporting activities more difficult, intense headaches, weakness in his left leg, and issues with coordination. On his wife’s advice, he made an appointment with a neurologist who ordered an MRI. After reviewing the results of the MRI, John was referred to a neurosurgeon who diagnosed him with Arnold Chiari Malfunction, a condition in which his spinal cord extends into the brain. It occurs when part of the skull is abnormally small or misshapen, pressing on your brain and forcing it downward. John’s prognosis was not very good and was told he may not live past the age of 30 without corrective surgery. He elected to have the surgery and proceeded to go through a long physical therapy program to help him walk and talk again as well as re-learn other routine activities. Over the years he has maintained annual appointments with his neurosurgeon and follow-up MRI to monitor his conditions.

Three years ago, at the age of 51, John was diagnosed with foot drop by his neurologist and was fitted with a foot brace. Summer 2020 while vacationing with his uncle, Dave Harless, (ENFD National Accounts Manager with Bako Diagnostics) Dave recommended that he try neoGEN® treatments to help improve his foot drop condition. John made an appointment on July 13, 2020, with Dr. Jennifer Martin at Neuropathy Treatment Clinic of Oklahoma, Oklahoma City, OK and began his Electric cell-Signaling Treatments (EcST) 2 times per week, 15-20 minutes per session for the next 12 weeks starting with electrodes on his upper and lower extremities. After 16 of the 24 treatments, John was awakened in the middle of the night with some burning symptoms in his upper left thigh. The burning sensation went away with more treatments and his toes began to move during treatments. His nerves were “waking up.” He started to notice that his foot drop walk and gait were also improving.

On September 13, 2021, John had his annual appointment with his neurosurgeon. His doctor put him through various tests to check his foot/leg muscle strength. His foot drop had improved by 90%. In fact, his neurosurgeon said, “if I didn’t know better, I’d say you never had foot drop!” John told him about the neoGEN® treatments he was receiving from Dr. Jennifer Martin. His neurosurgeon was so impressed with John’s recovery that he wanted to learn more from Dr. Martin about the treatments.

“It’s almost like I have a new lease on life!”